Our annual AlzTalks event looks to shatter the stigma and misconceptions that often surround dementia as people with dementia and carers presented to a packed live audience and spoke about their own personal experiences of dementia.

We were delighted to hold our third annual AlzTalks event at the Hawk’s Well Theatre in Sligo on Thursday, October 25th 2018.

This eclectic free event, which featured a number of touching real life stories from people with dementia and carers, previously took place in Dublin in 2016 and Cork in 2017.

You can view our dedicated AlzTalks YouTube channel HERE

The legendary Tommy Fleming capped off the evening with a fantastic performance with three songs for the audience including ‘Bright Blue Rose’, ‘The Contender’ and ‘Hard Times’.

Dementia advocate Helen Rochford Brennan, who is from Tubbercurry in Co Sligo, was the ambassador for the event.

Helen was diagnosed with Early Onset Alzheimer’s in July 2012. Helen is the current Chairperson of the European Working Group of People with Dementia and is the group’s nominee to the Board of Alzheimer Europe; she is former Chair of the Irish Dementia Working Group and continues to sit on the steering committee.

Other musical acts for the AlzTalks event included members other local musicians and performers including students from the Sligo Academy of Music and poet Damien Brennan. The MC was Robert Fitzpatrick. All videos from the AlzTalks event will be available on The ASI’s social media channels in the coming weeks. 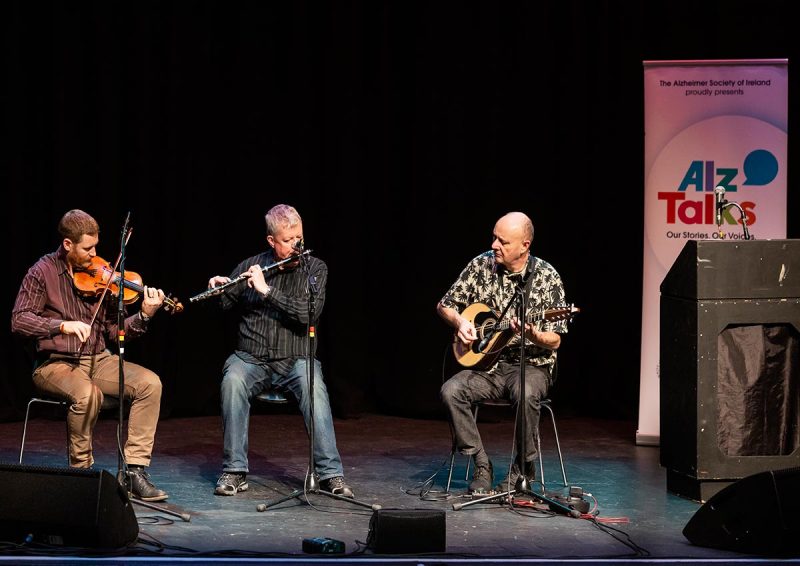 Local musicians perform at AlzTalks 2018 at the Hawkswell Theatre.